Fire on Ships and Port facilities

Despite being an indispensable element in the comprehensive safety kit, to deal with risk situations due to entrapment with pumper vehicles, its different of features combined with its effectiveness, make the device an element with a variety of applications in the different firefighting and rescue services.​

It is used in interventions related to the protection of people or property, that may be threatened by fire, as well as an element of special interest to help establish and promote the protection, extinction and safety of personnel involved in all those operations of extinction and rescue that imply an imminent risk or threat to combatant personnel. This, combined with its adaptation ability to the different sources of water supply (fixed-mobile), coming from boost systems and firefighting networks, such as extinguishing vehicles, motor pumps, etc; make it a device with applications in different sectors and users. 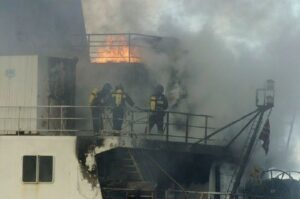 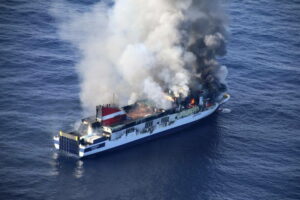 The Fire kit consisting of 4 elements, specially designed to increase the security and favor the extinction and protection of people and property in situations of fire entrapment with self-pump vehicles. The benefits of the device, the elements that form it and its purpose, allow it to obtain the consideration of collective protection equipment in the firefighting sector. It establishes a survival zone in specific trapping situations, where the environmental conditions generated by the fire are incompatible with life. 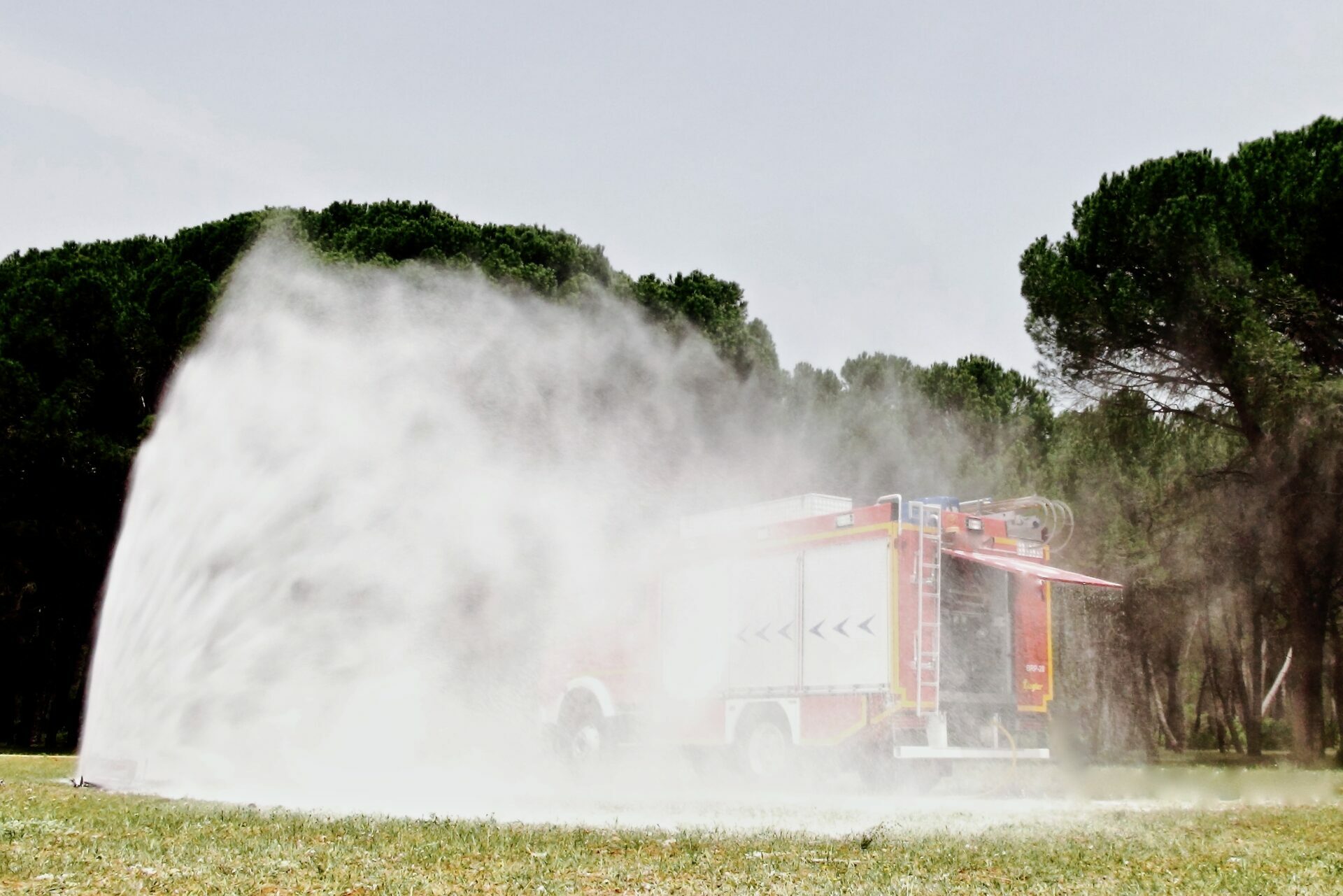 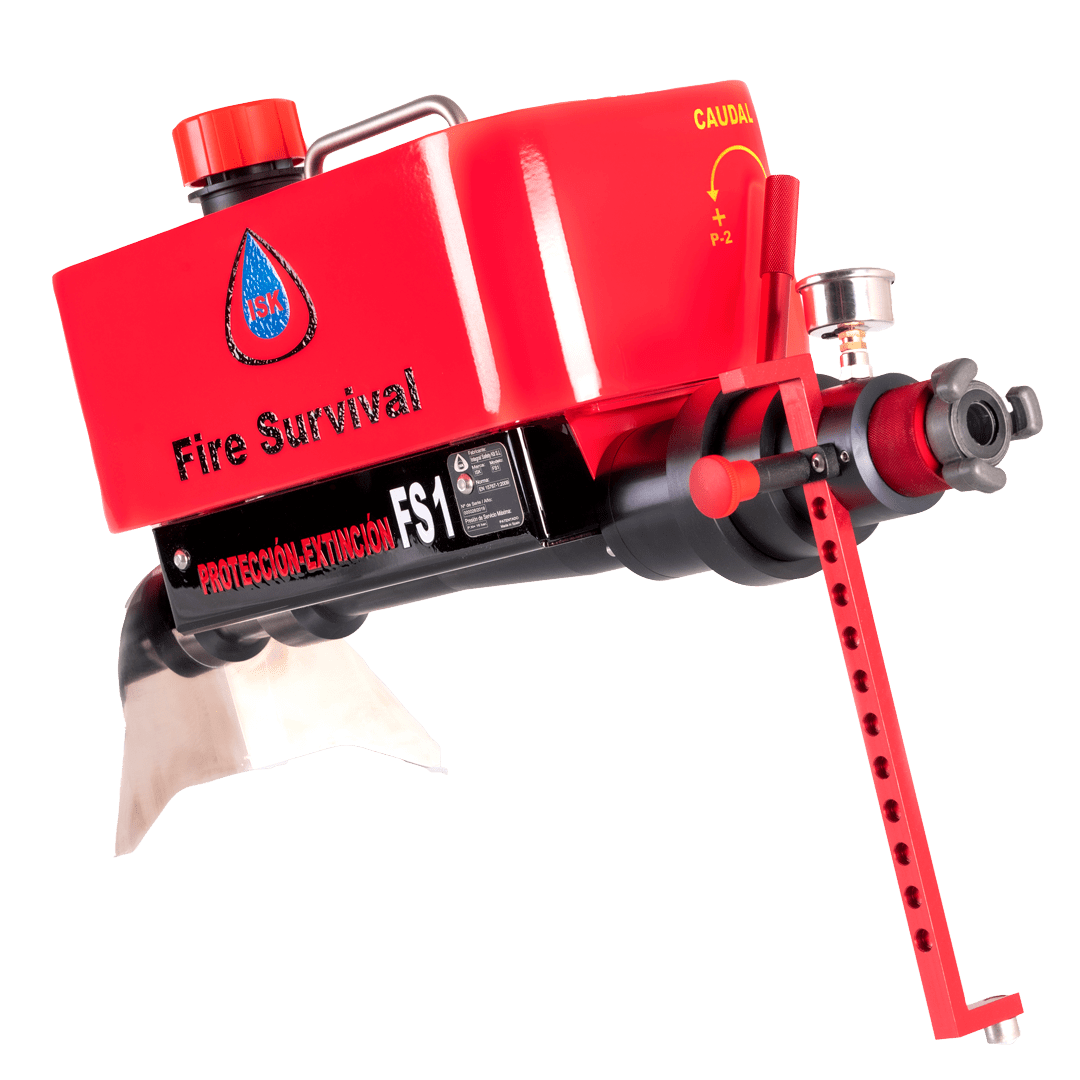 System that provides the material and technical resources necessary to establish a survival zone in critical situations of fire entrapment. 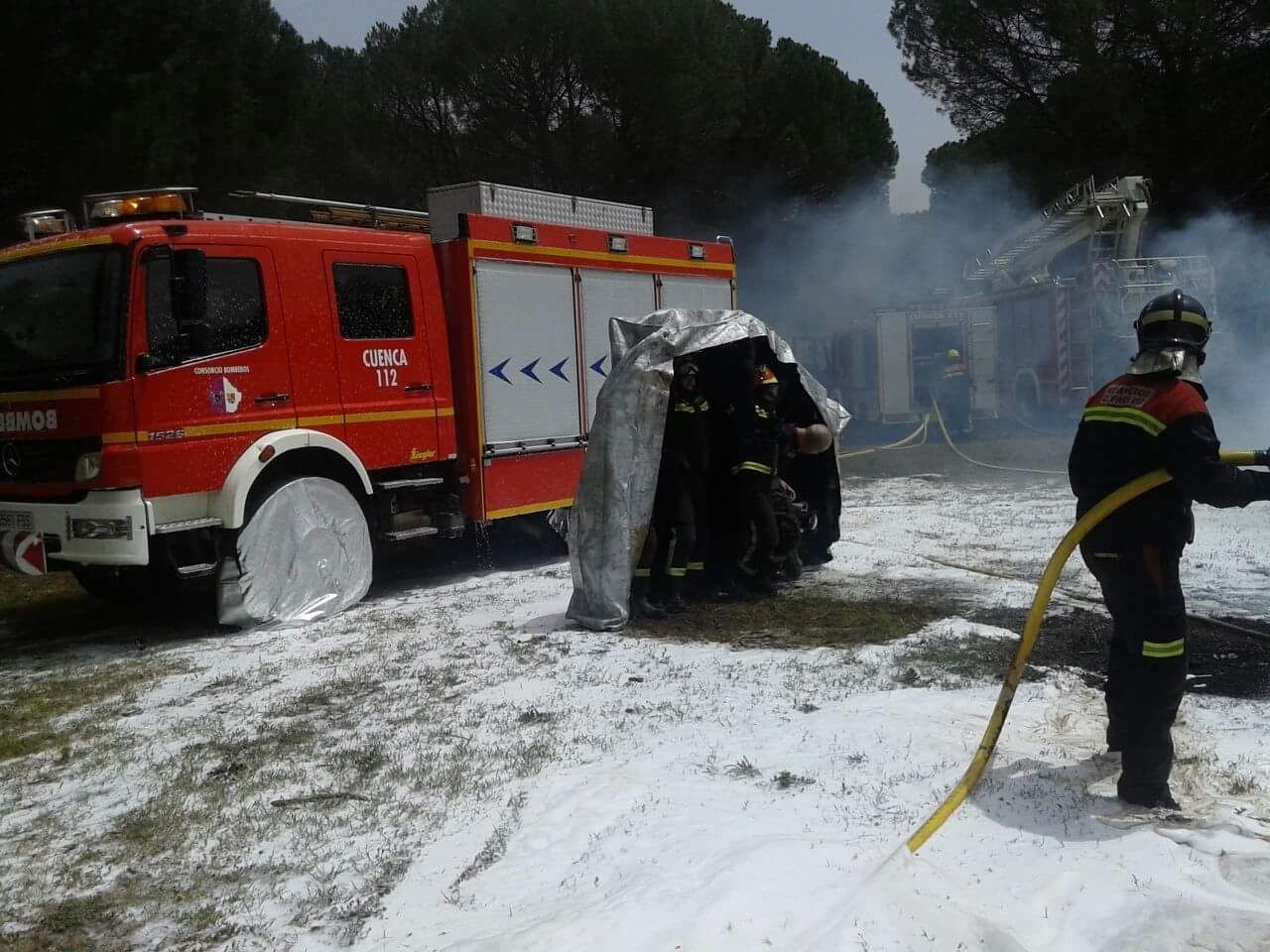 Fireproof and Waterproof Collective Shelter
specially designed to promote the safety and
protection of combat personnel, in extreme
situations of entrapment by fire. 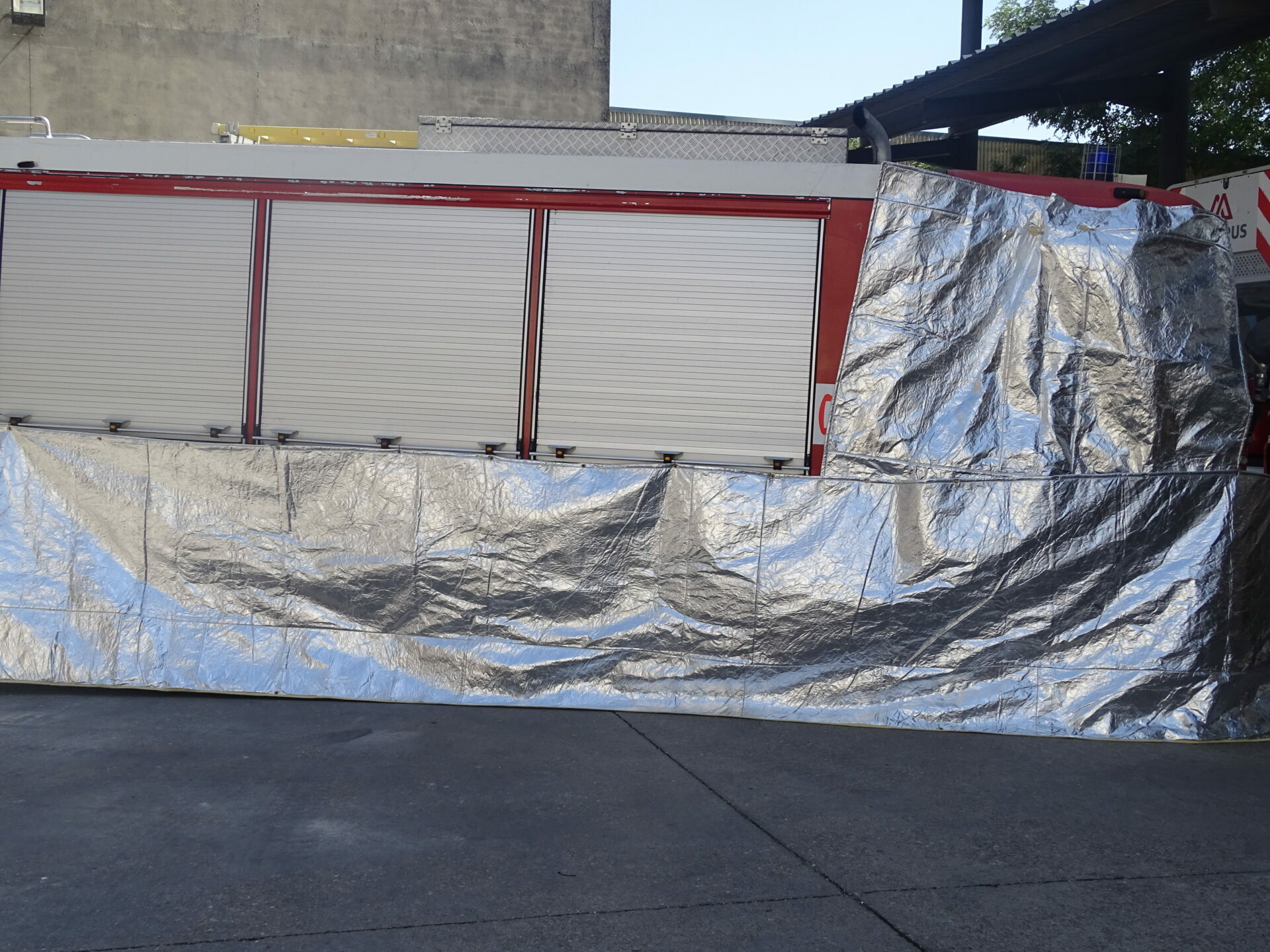 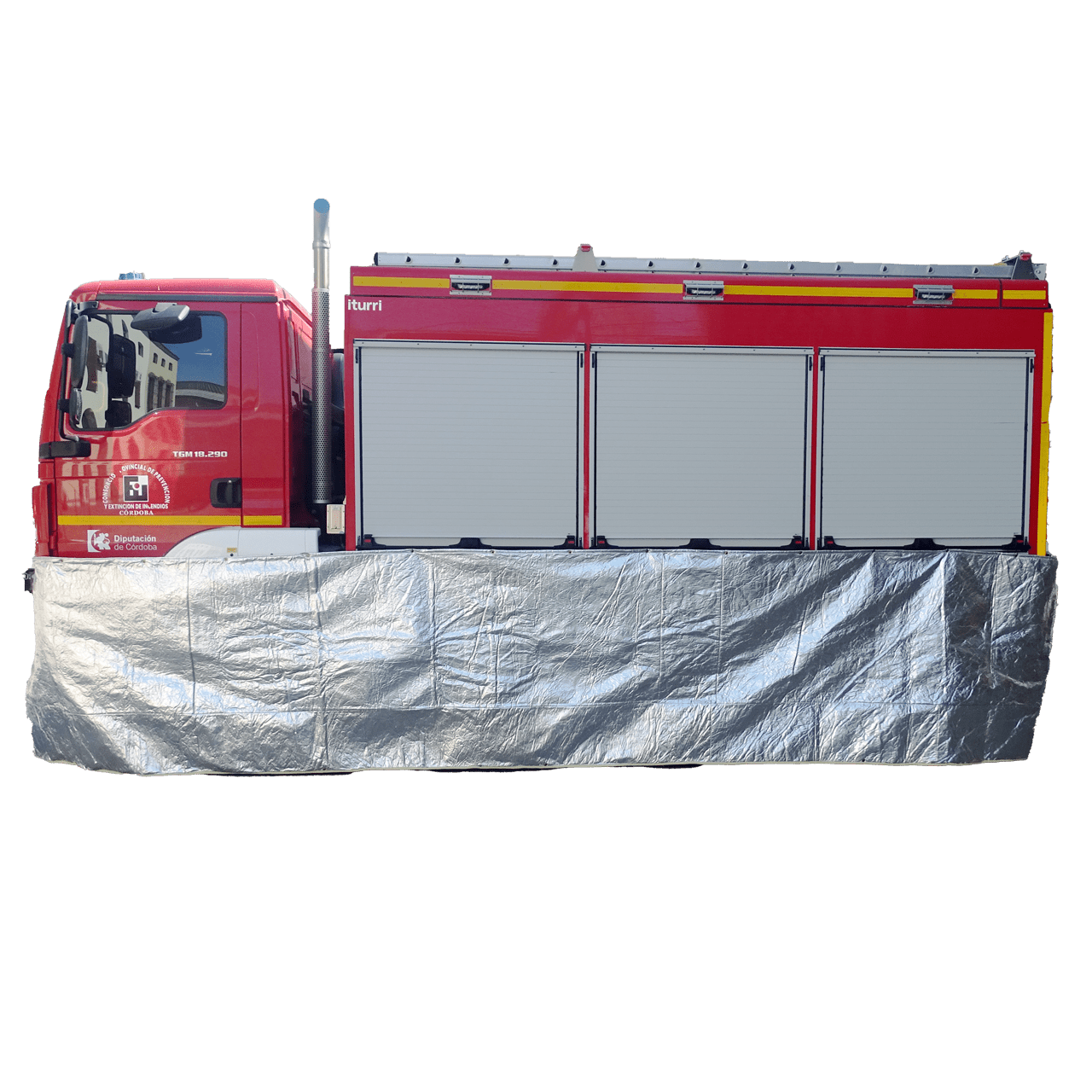 Cover blanket offers protection of Tyres, neumatic parts and critical components of the vehicle in extreme situations of exposure to fire. 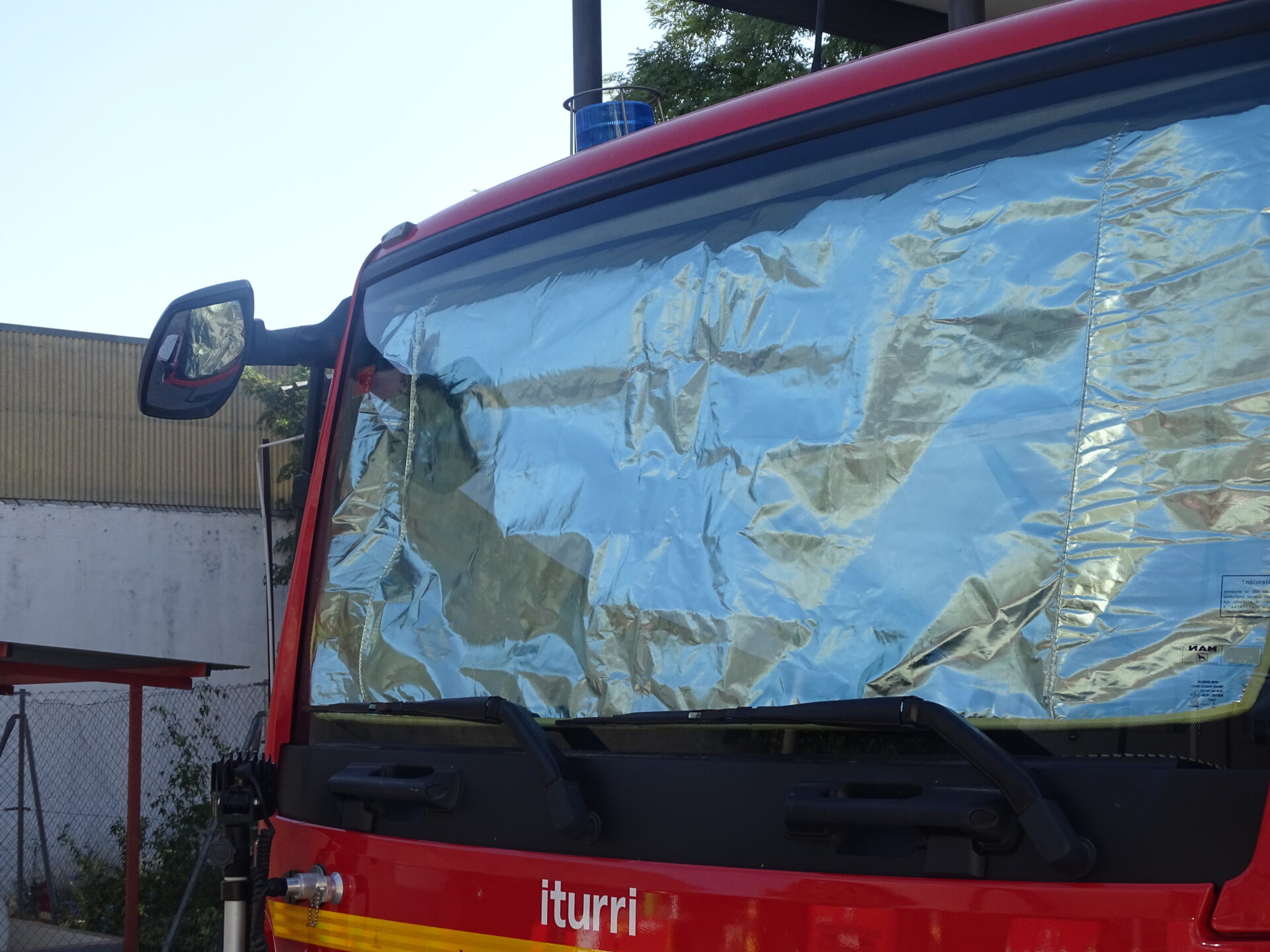 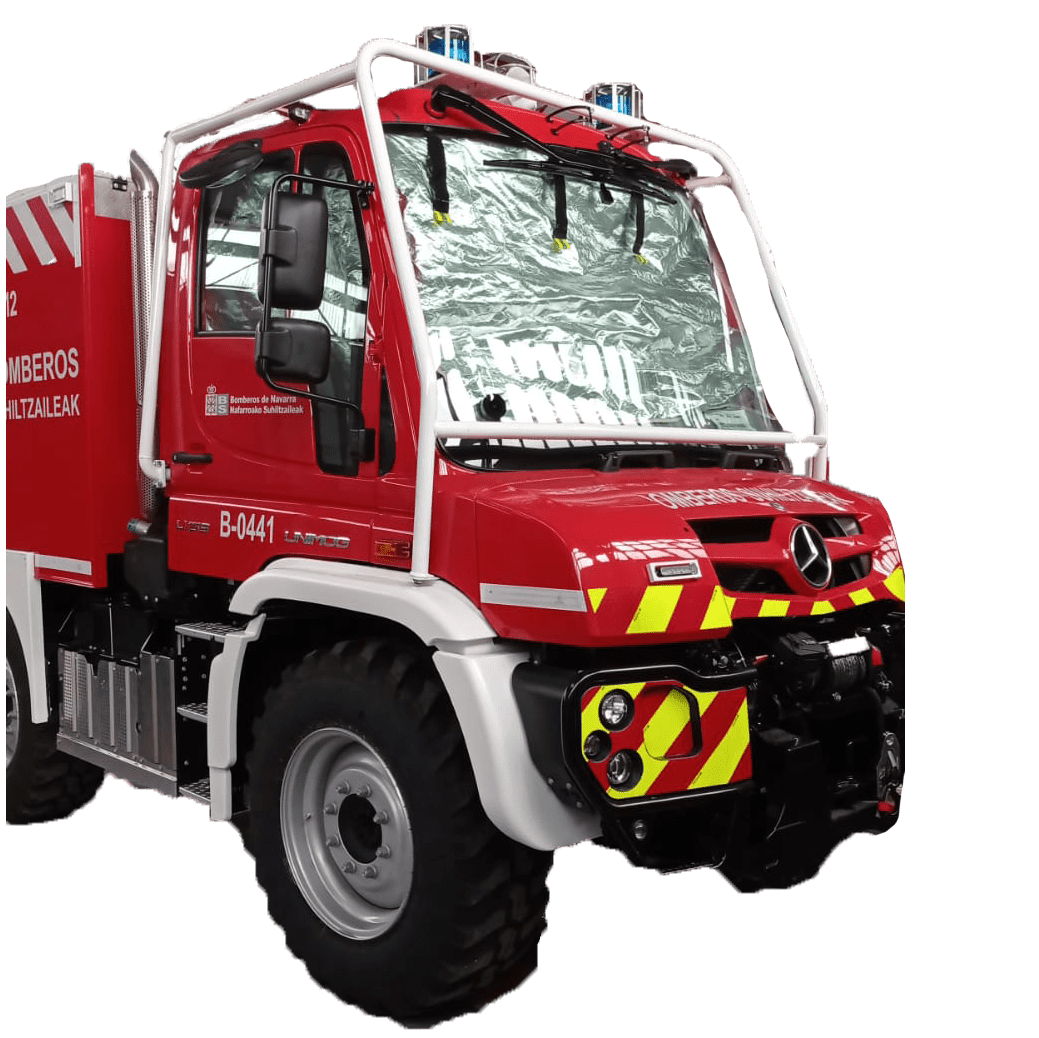 Internal FIRE Barrier Curtains offers protection of people inside the cab, made of multiple layers of aluminum that provide burn protection on fire engines.